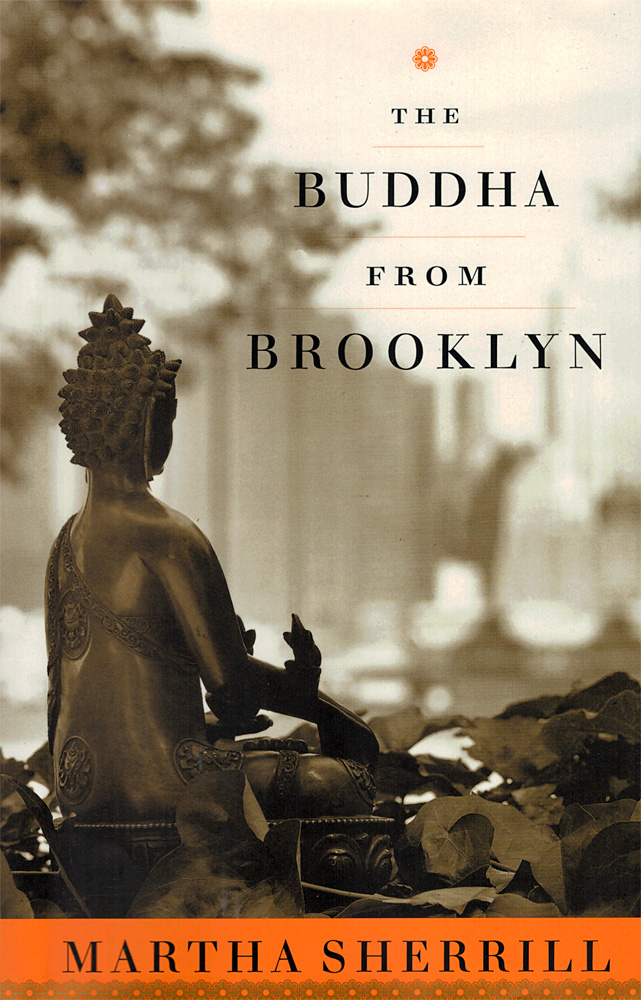 There are lots of inspirational books about Tibetan Buddhism. They are meant to shift the reader into a more spiritually open frame of mind. They are full of wondrous insights and just as many platitudes. They are upbeat and deliberately simple. I’ve read and enjoyed so many of these, my eternal favorite being Introduction to Tantra by Lama Yeshe.

As much as I wish otherwise, The Buddha from Brooklyn is not that kind of book. It is a true story about the process of religious conversion –  spiritual seduction, if you will – and the pitfalls that face those who burrow into exotic Eastern religious traditions and expect it will be easy.

The Buddha from Brooklyn tells the story of a woman named Alyce Zeoli, a neglected and abused child from Brooklyn who grows up to become a fortune teller and spiritual medium in North Carolina and Maryland. A group of well-intentioned students gathers around her. They have questions about life, and about their purpose on earth. Alyce changes her name to Catherine Burroughs, and becomes a charming, wise, and nurturing teacher. More importantly, she has a keen instinct for how to keep her students engaged and committed. She’s a true leader, in other words, and so compelling a guru that a venerated Tibetan lama – His Holiness Penor Rinpoche of the Nyingma lineage — meets Alyce/Catherine in 1985 and tells her that she has been practicing Buddhism unwittingly. She is a “great, great bodhisattva,” he says, and the reincarnation of a Tibetan saint. Eventually, she is enthroned and given an entirely different name:  Jetsunma Ahkon Lhamo.

Charmed by Jetsunma and her students — and fascinated by their spiritual goals, devotion and sincerity — I began a five year investigation into the lives and practices of the group. Eventually I took a leave from The Washington Post to work on the book full-time, conducting hundreds of hours of interviews, meeting with current and former students of Jetsunma around the country, researching standard practices of Tibetan Buddhism at other American centers, and spending significant time with His Holiness Penor Rinpoche. What unfolded, eventually, was an emotionally rich and troubling saga.

“Fabulous. In a single volume, Martha Sherrill provides a road map to modern spirituality, highlighting its immense perils while seeing its possibilities. With deep, often profound human understanding, she goes to the heart of American Buddhism, taking the reader on a surprising, literate, and frequently chilling journey.” – Bob Woodward

“Immersed the world of Jetsunma and her students, Sherrill’s journalism captures the humor of the culture clash as well as the subtle emotional and social influences of the Tibetan practice on members of the group. A fascinating in-depth examination of spirituality in America, and a close look at the fine line between religion and cult.” – Kirkus Reviews

“An unusually clear and close look at all the hazards – and potential – of trying to set up a spiritual community in American. . . More than Jetsunma, it tells us about the price of faith.” — Pico Iyer, Tricycle