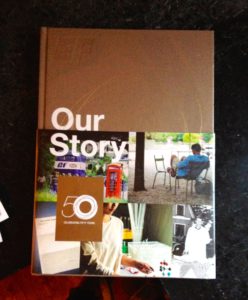 In the summer of 2012, I began a two-year project: creating a 50th anniversary book for EF, the world’s largest private education company. The founder of EF, Bertil Hult, wanted a spectacularly well-designed coffee table book that would tell the story of his company and its strong culture. Bertil, who is Swedish, is a collector of Frank Stella’s work and American Pop Art. He appreciates abstraction, spareness, boldness, silence, and humor — in both obvious and nuanced ways.

Early on, I had the idea to write 50 short stories — one for each year — which would function as stand-alone, distinct works. My feeling was that nobody would want to read straight-forward “corporate history,” particularly in a large-scale book. So I proposed to research and write a mix of profile sketches, funny anecdotes, pivotal moments and customer testimonials. The stories would range in length from several paragraphs to several pages. Each story would have an amusing or intriguing title. Each story would illuminate something vital about EF culture and history, or contain a lesson, and have a point. All together, directly or indirectly, they would create a vibrant, breathing portrait of EF and its founder.

Working closely with Bertil, project photographer Tina Axelsson, and a team of brilliant designers and art directors from EF, I carefully plotted a course. To research the stories in EF’s anniversary book, I interviewed hundreds of EF employees, students, teachers and clients in 26 cities on four continents over a period of two travel-packed years. The result: a sleek, surprising study of a spirited company and its culture. 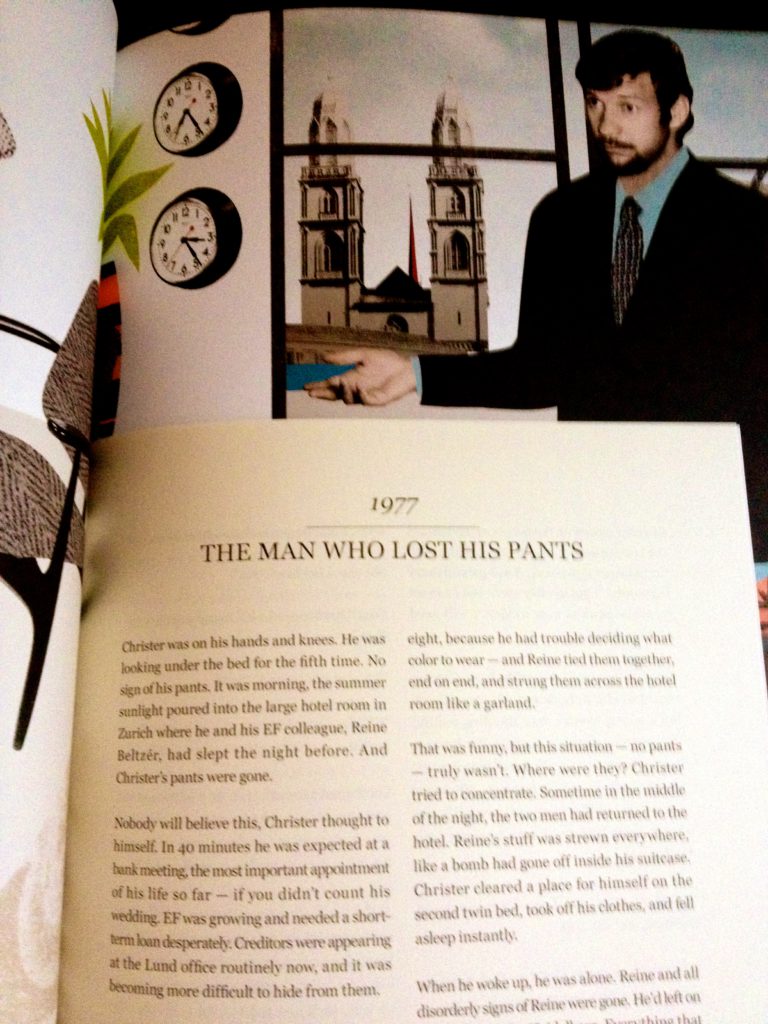 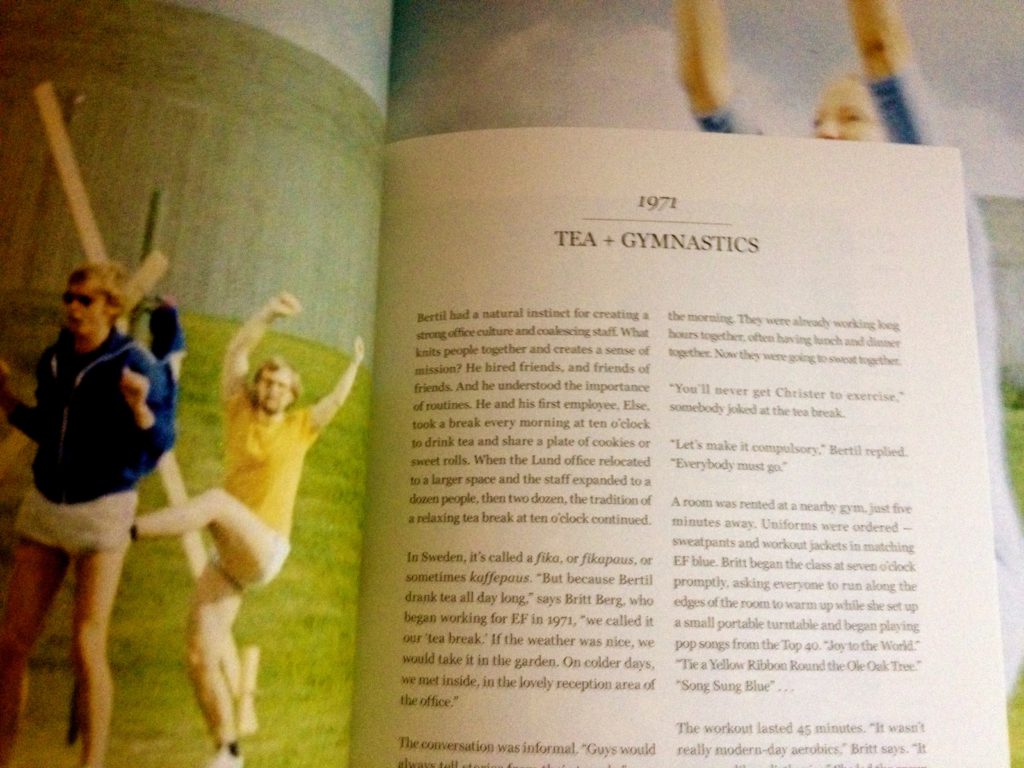