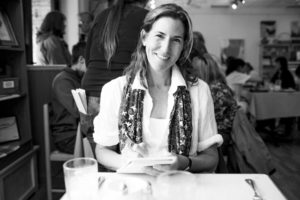 Martha Sherrill was born in Palo Alto, California and later raised in Los Angeles, the daughter of an opera singer and a behavioral scientist. She graduated from UCLA where she studied art history and film. After college, she worked at the Corcoran Gallery of Art in Washington, D.C. before landing a job at The Washington Post, initially as a fashion assistant in the Style Section, then as a staff writer covering art, culture and politics.

During her ten-year tenure at the Post, Sherrill became known for her penetrating studies of personality and society. She parlayed her knowledge of film into many memorable interviews with legendary directors and actors, including Jeanne Moreau, Clint Eastwood, Jodie Foster, Steven Soderbergh, and Peter O’Toole. Her award-winning essays range from a psychological exploration of political fanaticism, studies of homelessness and self-proclaimed happy people, to a three-part series on the young life of Hillary Clinton.

A contributing editor at Esquire between 1995 and 2000, she specialized in profiles of complex and difficult interview subjects — Don Imus, Rudy Giuliani, Steve Martin — and wrote a poignant, candid personal essay about Peter Sherrill, her enigmatic father, (“My Father, The Bachelor.”)

In her four books, Sherrill travels between fiction and nonfiction, gravitating to stories of outliers, pioneers and strong individuals. Her first book, The Buddha from Brooklyn (Random House, 2000), a work of nonfiction, is a study of religious devotion inside a Tibetan Buddhist monastery in Poolesville, Maryland. Her next book, My Last Movie Star, (Random House, 2003), uses primary sources and Hollywood memoirs to study the vagaries of fame. The Ruins of California (Penguin Press, 2006) came next, a critically acclaimed coming-of-age novel set against the backdrop of the 1970s. Her most personal work to date, the book was inspired by Sherrill’s own struggle as a child to find balance in two radically different worlds – the vibrant bohemia of San Francisco’s North Beach and the staid conservatism of suburban Pasadena.

She returned to nonfiction with Dog Man: An Uncommon Life on a Faraway Mountain (Penguin Press, March, 2008), the saga of a man and his wife in the snow country of Japan during World War II. It is as much about marriage as it is about dogs. Demonstrating Sherrill’s talent for candid interviews, use of archival research, and instinct for narrative, the book creates an entire world — village life in the mountains of Japan — that most Americans know little about.

She lives in Massachusetts with her husband, writer, research scientist and entrepreneur William Powers, and their son Will. In addition to private commissions, she has written screenplays with Elsa Walsh; Love Remains, about the intimate friendship between literary rivals Edith Wharton and Henry James, is currently in the hands of Suzann Ellis at Beacon Pictures. With Tokyo-based director John Williams, she is adapting her book Dog Man into a television series, Akita. And with novelist Emily Miller, she has founded a hyperlocal digest, EXIT 89, to fill the information gap facing Orleans, the Cape Cod town where they both live.